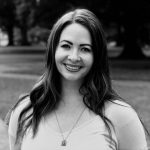 I research the intersectionality of gender identity and crime in the Levant under the British and French Mandates. My research interests include twentieth century Middle East and European history, legal history, gender history, and cultural history.