Give Now
Home / News / Pauli Murray Hall: UNC’s Departments of History, Political Science, and Sociology and the Curriculum on Peace, War, and Defense begin the renaming of Hamilton Hall 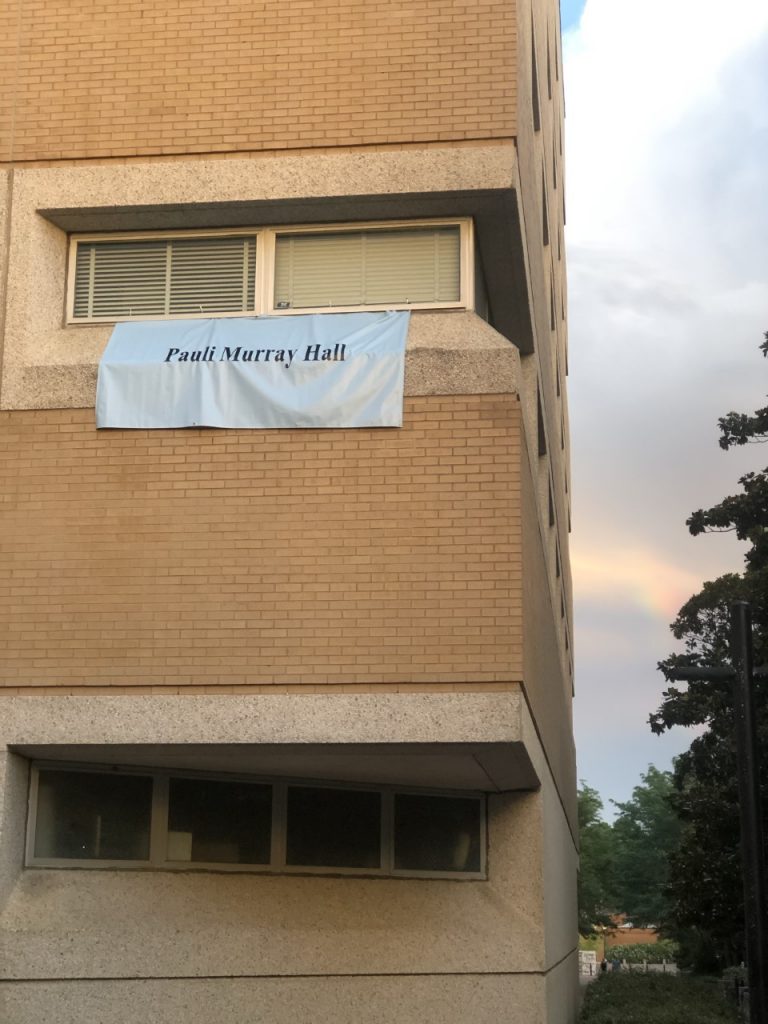 The History Department, along with Sociology, Political Science, and Peace, War & Defense have started the process of renaming Hamilton Hall. Our motivation for renaming the building is rooted in the history of our University and Professor Hamilton’s role in shaping it for the benefit of white supremacy. Ample evidence of this is available in the historical materials available below. Our motivation for selecting Pauli Murray is powerful and clear. As the faculty and student committee that developed our proposal wrote:

“Born in 1910 and raised in Durham, NC, Murray was a black descendent of one of the university’s original trustees, James Strudwick Smith. In 1938, Murray applied to the Ph.D. program in sociology but was denied admission because, as university officials wrote at the time, ‘members of your race are not admitted to the university.’

Undeterred, Murray would go on to achieve prominence as an outspoken scholar whose academic scholarship continues to make major contributions to numerous disciplines. Murray was a gifted orator, author, attorney, historian, priest, and activist who advocated for the rights of all members of society. Murray’s legacy more fully encapsulates the values we cherish in a modern society and the University of North Carolina claims to uphold. ”

Pauli Murray represents the immutable spirit of scholarship and public service, as she made major contributions to our society in the face of nearly insurmountable resistance. She also represents a path not taken for UNC at an important point in the history of our disciplines and departments. Naming our building after Pauli Murray will serve as a reminder of what is lost, what could have been, and what can be as we move forward.

Our letter to the Chancellor outlining this request and the reasons for it may be read here.

Writings by and about Pauli Murray