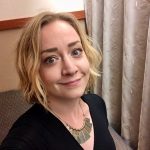 My dissertation focuses on the Apalachee Indians, who historically lived in the Florida panhandle near present-day Tallahassee, but it is foremost a regional history that examines how the Apalachees shaped diplomacy, war, and trade in the Gulf Southeast in the sixteenth and seventeenth centuries. I take an ethnohistorical approach to this project, drawing on Spanish colonial documents and recent archaeology.

I have received support for this research from a variety of sources, including the UNC Graduate School, UNC Medieval and Early Modern Studies, the University of Florida Libraries, and the Daughters of the American Revolution. I also have presented my research at a number of conferences, including the American Historical Association, the American Society for Ethnohistory, the Southern Historical Association, the Agricultural History Society, and the Southeastern Council of Latin American Studies, and workshops, including at the Huntington Library and at King’s College in London. At the University of North Carolina, I have taught courses including "Native North America," "American Women's History to 1865," and "Colonialism, Power, and Resistance (co-taught)."