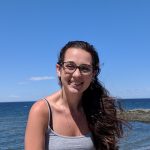 I study the twentieth-century francophone world, focusing on the role of intellectuals, identity construction, and the left, with particular attention to how these were shaped by transnational exchange. My dissertation examines publication networks and the question of postcolonial commensurability among radical leftists in France, Quebec and Algeria between 1962 and 1981.

More broadly, I am interested in intellectual history, nationhood and identity, and the radical left in the francophone world, from France to Africa and the Caribbean in the late twentieth century.