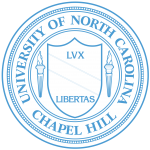 MA The School of Oriental and African Studies (SOAS), University of London, 2009
MA Thesis: “The Institutionalization of Islam in Japan”

MA University of North Carolina at Chapel Hill, 2017
MA Thesis: The Career of Muhammad Barkatullah (1864-1927): From Intellectual to Anticolonial Revolutionary

My dissertation explores the ideas, activities, and relationships of religious reformers and intellectuals from British India and Ceylon who used Japan as a base for their political projects between 1905 and 1945. I uncover and highlight the radical reformulations of religious traditions like Buddhism, Hinduism, and Islam in South Asia by exploring conversations in Japan that included not only Hindus, Muslims, and Buddhists from South and East Asia, but also Euro-American Orientalist scholars and religious figures. The central argument of my dissertation is that while South Asian and Japanese figures were involved in projects of Pan-Asian solidarity and challenged many of the Eurocentric assumptions of Western thinkers, they were unable to escape thinking along civilizational lines that divided Asia based primarily on religious 'origins.' In doing so, my project will highlight alternative visions for understanding our societies and religious identities through excavating the messy genealogies of debates about religion, Asia, solidarity, and belonging.