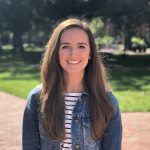 My research interests include modern German and European history, women and gender history, the history of the Holocaust, and the history of police and law enforcement. My M.A. thesis “Domesticating the German East: Nazi Propaganda and Women’s Roles in the ‘Germanization’ of the Warthegau During World War II” utilized Nazi women’s propaganda to explore the relationship between Nazi gender and racial ideology, particularly in relation to the Nazi Germanization program in the Warthegau during World War II. My dissertation, tentatively titled “Protecting the Volk: The Development of Female Police from Weimar and Nazi to Post-War Germany,” will trace the development of female police throughout the three periods of the Weimar Republic, Nazi Germany, and post-war Germany. This includes not only analyzing the institutional changes in female police work, but also the public perception of female police, the careers and self-perception of its officers, and the controversial debate about the necessity of a female police inside and outside of the institution. Furthermore, my dissertation will also analyze the different functions that these women officers fulfilled in each period, tracing continuities and divergences as well as examining the ways in which female police officers interacted with state ideology and policy.