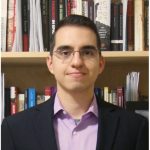 ABSTRACT: In the early 1930s, Spain’s newly established Second Republic quickly proved that it was no exception to the general fragility of democracy in interwar Europe. The growing state of disarray encouraged many Spaniards to search for alternative political models to remedy their nation’s political and social ills. For the Spanish right, the unexpected rise of Nazi Germany in 1933 highlighted a possible solution in fascism, which now seemed capable of spreading outside of its Italian birthplace. From that point until the downfall of the Third Reich, a small minority of intermediaries in Spain and Germany would actively work to promote National Socialism in a Spanish context. This dissertation focuses on the ways in which the German variant of fascism was transformed to make it more suitable for a Spanish audience, as well as on the intermediaries who sought to strengthen the fascist ties between the two disparate nations.