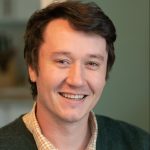 I study queer, Southern, and activist histories in the twentieth century United States, particularly through student gay liberation activists on college campuses in the U.S. South during the 1970s. I am interested in how queer Southerners in the mid- and late twentieth century, specifically gay liberation activists, understood themselves simultaneously as of the place they were in and as part of a national movement. My dissertation research focuses on the Carolina Gay Association’s founding in 1975, the Southeastern Gay Conferences (SEGC), and gay liberation movements throughout the Southeast. Additionally, I have been the Carolina Pride Alumni Network’s Fellow for 2020-2021and 2021-2022 school years, working with the Southern Oral History Program and Wilson Library respectively to record and exhibit the histories of LGBTQ+ people at the University of North Carolina at Chapel Hill.