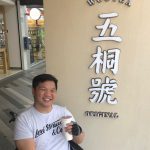 As a scholar of modern China, my research interests are rooted in the intellectual developments which occurred between the eighteenth and twentieth centuries. I focus specifically on the conceptual evolution of disability as a category of historical analysis. Moreover, I look at the historical processes underpinning the formation of disability as a knowable subject in China. To that end, I marshal sources voicing a variety of related narratives, ranging from the history of medicine to Chinese disability rights movements. It is through these documents that I attempt to recover a muted disability discourse, paying particular attention to shifts in the language used to describe bodies of difference. Ultimately, I aim to demonstrate how marginalized bodies, once viewed as a collective Other and met with equal parts repulsion and curiosity, assumed new identities as “differently-abled” individuals by the mid-to-late twentieth century.

While historical studies of disability in Euro-American contexts are numerous, and have been produced since the 1970’s, the same cannot be said for scholarship on disability in non-Western contexts. My research interests represent discursive nodes around which future discussions may hopefully arise. China, as a rapidly-developing nation, boasts a reputation for lackluster disability rights—a situation ripe for change.