Peter A. Coclanis is an economic historian who works on questions relating broadly to economic development in various parts of the world from the seventeenth century CE to the present. He has published widely in U.S. economic history, Southeast Asian economic history, and global economic history. He also writes frequently for newspapers and magazines on contemporary issues ranging from political economy to culture to sports. Claude Clegg holds a joint appointment in the Department of History and the Department of African, African American, and Diaspora Studies. His research and teaching focus on African American history, US and southern history, social movements, and the US presidency. Professor Clegg has been featured in media outlets such as NPR’s “To the Best of Our Knowledge” and C-SPAN’s “Cities Tour,” and his books have been reviewed in the New York Times, Washington Post, Los Angeles Times, Journal of American History, and other venues. Professor Clegg recently completed a book on the Obama presidency and is currently writing a biography of Marcus Garvey. 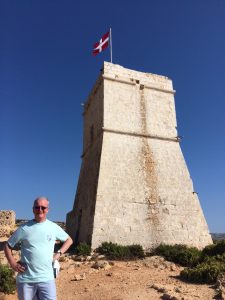 Marcus Bull’s research focuses on the narratology of historical texts from the central medieval period to the sixteenth century, an interest that informs his most recent book: Eyewitness and Crusade Narrative: Perception and Narration in Accounts of the Second, Third and Fourth Crusades (Boydell; Woodbridge, 2018). He is currently engaged in two book projects: a study of the Great Siege of Malta in 1565, with particular reference to the ways in which its representations in word and image sought to capture what participants were believed to have experienced in person; and an exploration of experience, memory, the play of social scripts and self-construction in the memoirs of Pierre de Bourdeille, better known as Brantôme. Chad Bryant’s interests include nationalism and the urban experience in modern Central and Eastern Europe, with a particular focus on the lands of today’s Czech Republic. His most recent book focuses on the capital city of Prague and questions of belonging in the modern era. He is, with Kateřina Čapková and Diana Dumitru, embarking on a study of the Stalinist-era show trials in Czechoslovakia.

W. Fitzhugh Brundage’s general research interests are American history since the Civil War, with a particular focus on the American South. He has written on lynching, utopian socialism in the New South, white and black historical memory in the South since the Civil War, and the history of torture in the United States from the time of European contact to the twenty-first century. His current research project is a study of Civil War prisoner of war camps.

Professor Barney’s research focuses on the nineteenth-century U.S., especially the antebellum South. He is currently researching a book on the cultural and economic politics of secession. Professor Auerbach’s research focuses on the social history of Polish Jews in the nineteenth and twentieth century, especially issues relating to Jewish integration, urban life, and the evolution of Polish Jewish identifications. Her first book, published in 2013, is a microhistory of Jewish families who were neighbors in an apartment building in Warsaw after the Holocaust, exploring the reconstruction of communities and identifications in postwar Poland. She is currently researching the history of Jewish publishers of Polish books in the nineteenth and early twentieth century, in particular their involvement in Polish cultural, social and political circles, as well as information networks and the history of Yiddish in Eastern Europe during the Holocaust. Auerbach’s teaching focuses on modern Jewish history, East European Jewish History and the Holocaust.