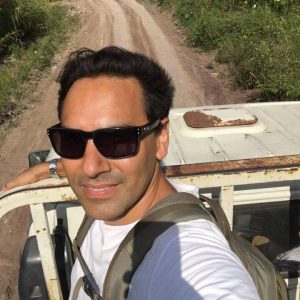 Miguel La Serna is interested in the relationship between culture, memory, and political violence in twentieth-century Latin America. He has published numerous studies on the political violence of late-20th century Peru, and is currently working on a project that puts Andean insurgencies in global perspective. Lloyd Kramer’s interests focus on Modern European History with an emphasis on nineteenth-century France. He is particularly interested in historical processes that shape cultural identities, including the experiences of cross-cultural exchange and the emergence of modern nationalism. Other research and teaching interests deal with the roles of intellectuals in modern societies and the theoretical foundations of historical knowledge. His teaching stresses the importance of reading, discussing, and writing about influential books in various eras of European history and world history. One recurring theme in all of his research and teaching stresses the importance of cross-cultural exchanges in modern world history.

Michelle T. King specializes in modern Chinese gender history and food history. She was recently awarded a 2020-21 National Endowment for the Humanities Public Scholars grant for her book project on Taiwan’s beloved postwar television cooking celebrity, Fu Pei-mei (1931-2004). She has also received major fellowships from the American Council of Learned Societies, the Chiang Ching-kuo Foundation, and the University of Texas at Austin Institute for Historical Studies. Her article on Margaret Sanger’s 1922 lecture trip to China won the Journal of Women’s History Biennial Best Article Prize for 2017-18. Lauren Jarvis’s research focuses on the history of religion in sub-Saharan Africa, with an emphasis on twentieth-century South Africa. She is currently completing a book on the Nazaretha Church, one of the oldest and largest of the many faith healing churches that took root in southern Africa in the twentieth century. Jarvis sees religious history as a window into the ideas that matter in people’s daily lives, and her book examines the ways that involvement in new religious communities changed how people thought about the future. It is a history of collective hopes, dreams, and ambitions. Jarvis is also in the early stages of a second book-length project, which explores how Africans in southern Africa used the Bible to construct—and argue about—racial identities. Konrad H. Jarausch has written or edited about forty books in modern German and European history. Starting with Hitler’s seizure of power and the First World War, his research interests have moved to the social history of German students and professions German unification in 1989/90, with historiography under the Communist GDR, the nature of the East German dictatorship, as well as the debate about historians and the Third Reich. More recently, he has been concerned with the problem of interpreting twentieth-century German history in general, the learning processes after 1945, the issue of cultural democratization, and the relationship between Honecker and Breshnew. Karen Hagemann teaches Modern German and European history, military history and women’s and gender history from the late eighteenth to the late twentieth century. Her most recent monograph Revisiting Prussia’s Wars against Napoleon: History, Culture, and Memory was published with Cambridge University Press in 2015 and won the Hans Rosenberg Prize for the best book in Central European History in 2016 by the Central European History Society. A German edition titled Umkämpftes Gedächtnis: Die Antinapoleonischen Kriege in der deutschen Erinnerung was published in 2019 with Schöningh. The volume Gendering Post-1945 German History: Entanglements, coedited with Donna Harsch and Friederike Brühöfener, was published by Berghahn Books in the spring 2019. The Oxford Handbook of Gender, War, and the Western World since 1600, coedited with Stefan Dudink and Sonya O. Rose, was published by Oxford University Press in the fall 2020 and won the Society for Military History’s Distinguished Book Award for Reference Work. Currently she is working on a monograph titled Forgotten Soldiers: Women, the Military and War in European History, 1600-2000 to be published in German and English. Joseph Glatthaar specializes and teaches courses in the American Civil War and American military history on the undergraduate and graduate levels. Lisa Lindsay’s research centers on the social history of West Africa, particularly Nigeria, and on links between Africa and other parts of the world. Focusing on gender, labor, slavery, migration, and biography, she endeavors to understand large-scale processes through human-scale experiences and to attend to African particularities as well as points of larger comparison and connection. Her most recent book, Atlantic Bonds, is the contextualized biography of a South Carolina freedman who in the 1850s migrated to modern-day Nigeria, making trans-Atlantic connections that his descendants and their American relatives maintain to this day. It won the African Studies Association’s prize for the best book published that year in any field of African studies. Her current research concerns women and gender in the Atlantic slave trade, especially from the Bight of Benin. Professor Lindsay’s research has been supported by fellowships from the National Endowment for the Humanities, the American Council of Learned Societies, the National Humanities Center, and the John Simon Guggenheim Memorial Foundation. Benjamin Waterhouse studies American politics, political culture, and capitalism in the twentieth century. He is interested in contests between economic groups, including business, labor, and the political class, and how the relationships among them shaped the broader contours of the American political tradition and American economic development. Waterhouse teaches courses on the history of business and economics, politics and political thought, and capitalism. His first book, Lobbying America: The Politics of Business from Nixon to NAFTA (Princeton University Press, 2014) explores the role that large, national business associations—and their lobbyists—played in shaping economic policy and conservative politics between the 1960s and the 1990s.