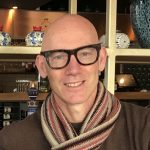 Dirk is a historian of global human rights history, particularly in relation to genocide, memory, and intellectual history. While completing his first book, German Intellectuals and the Nazi Past (2007), he edited three anthologies on genocide and colonialism: Genocide and Settler Society: Frontier Violence and Stolen Indigenous Children (2004), Colonialism and Genocide (2007), and Empire, Colony Genocide: Conquest, Occupation and Subaltern Resistance in World History (2008). Since then, he has been researching postcolonial conflict in Africa and South Asia for his project on the “Diplomacy of Genocide.” His investigation of the origins and function of the genocide concept appears in his second monograph, The Problems of Genocide (2021). Dirk is also working on a book called “Genocide and the Terror of History” about traumatic memory and the constitution of genocidal subjectivities. In his spare time, he edits the Journal of Genocide Research.