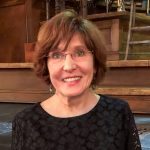 Jacquelyn Dowd Hall is Julia Cherry Spruill Professor Emeritus at UNC-Chapel Hill and founding director of the university’s Southern Oral History Program. She is past president of the Organization of American Historians and the Southern Historical Association and founding president of the Labor and Working Class History Association. Her books and articles include Revolt Against Chivalry: Jessie Daniel Ames and the Women’s Campaign Against Lynching (1979, 1993), winner of the Francis B. Simkins and the Lillian Smith Awards; Like a Family: The Making of a Southern Cotton Mill World (1987, 2000), winner of the Albert J. Beveridge Award, the Merle Curti Award, and the Philip Taft Labor History Prize; and “The Long Civil Rights Movement and the Political Uses of the Past,” Journal of American History (2005), which challenged the myth that the movement was a short, successful bid to overcome segregation in the Jim Crow South. She has held fellowships from the Guggenheim Foundation, the Center for Advanced Study in the Behavioral Sciences, the Radcliffe Center for Advanced Study, the National Humanities Center, and other institutions. She was elected to the Society of American Historians in 1990 and the American Academy of Arts and Sciences, one of the nation's most prestigious honorary societies, in 2011. She received UNC’s Distinguished Teaching Award for Post-Baccalaureate Instruction in 1997. In 1999, she was awarded a National Humanities Medal for her efforts to deepen the nation’s engagement with the humanities by "recording history through the lives of ordinary people, and, in so doing, for making history." In 2013, she received the Mary Turner Lane Award for outstanding contributions to the lives of women at UNC-Chapel Hill. In 2015, she received the Award for Distinguished Service to Labor and Working-Class History from the Labor and Working-Class History Association and the Stephen E. Ambrose Oral History Award.