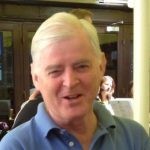 Richard Talbert’s research focuses on Greek and Roman consciousness of space and time, and on mapping. He oversees the Ancient World Mapping Center (awmc.unc.edu). A major revision of his Atlas of Classical History – now with Lindsay Holman and Benet Salway as co-editors – is due for publication by Routledge in December 2022. Early in 2023 Oxford University Press will publish a collection by him World and Hour in Roman Minds: Exploratory Essays. He is co-organizing the virtual exhibition Late Ottoman Turkey in Princeton’s Forgotten Maps, 1883-1923 sponsored by Princeton University Library (December 2022).